Get fresh music recommendations delivered to your inbox every Friday.
We've updated our Terms of Use. You can review the changes here.

by The Alien Cormorant & Gold Mass 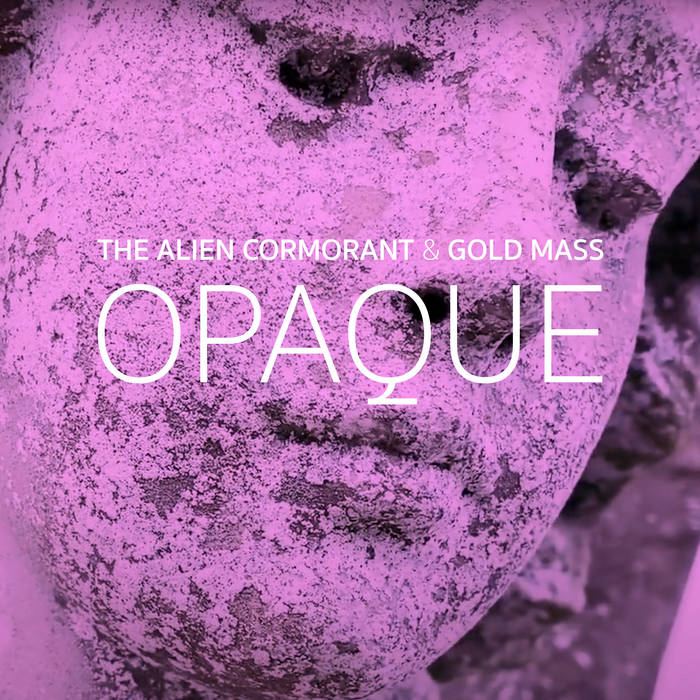 The Alien Cormorant says of the collaboration: “Gold Mass was recommended to me by my long-time friend, the acclaimed producer Paul Savage (Mogwai, Deacon Blue, Teenage Fanclub, Arab Strap) who produced the Gold Mass album Transitions. After I heard the album, I immediately contacted her and offered to collaborate on some tracks. Thankfully she agreed and we started swapping ideas via Facebook, with Opaque being the first song to be released. We plan to release more tracks from the collaboration in the coming months”.

Commenting on the various meanings behind the song, Gold Mass says: “The word Opaque states for a body that cannot be crossed by the light, a body reflecting or totally absorbing light radiation. A dark, unlit and shady place of our soul, where we can only find ourselves a few times facing our fears and giving them a name. In such a state of mind, led by a painful analysis of our needs, our thoughts may be opaque, not clearly understandable and we can feel and appear melancholy, devoid of liveliness and below our possibilities. In a society like ours, we live subjected to velocity, appearance and merciless competition, bombarded daily by new offers and opportunities. We experience temporary achievements, temporary jobs, temporary relationships. As long as it lasts, love hangs on the brink of defeat. We never know what the future may hold for us and we'll never gain enough confidence to disperse the clouds and eradicate our anxiety and need to be loved, we'll live opaque”

The Alien Cormorant is the moniker of Dundee based musician, producer and video maker Alan Cormack. He has composed soundtracks for numerous films and BAFTA nominated video games and recently worked with legendary producer Steve Albini (Nirvana, Pixies, PJ Harvey). Alan is a member of Scottish indie pioneers Spare Snare.

Gold Mass is an Italian electronic artist. She released her debut album Transitions in 2019, attracting the attention of big producers since her first steps, among them Paul Savage (Mogwai, Deacon Blue, Teenage Fanclub, Arab Strap) with whom she recorded Transitions. Her work combines a dark and minimal sound together with an attitude to self-introspection. She describes her intimate song writing as a form of therapy and exorcism. She believes that sharing our weaknesses and concerns, makes us feel better and released. Taking inspiration from her deep love for photography, sound research and visual suggestions, these elements present a resonant symbiosis in her work. Gold Mass has toured Europe and the UK and is now working on her new release.

Bandcamp Daily  your guide to the world of Bandcamp

Kyle McNeill joins the show to talk about his new project, Phantom Spell